To Node Zeniba: Local force close and claimed both our balances

Posted 26 days ago by AM_SB

I used to have two channels with your node "Zeniba", and in the past few days, I found that my node locally force closed the two channels but I actually didn't do it, my best guess is that this usually happens when the other node uses the static channel backup file to request me node to force close a channel

LN+ replied 25 days ago
You very likely didn't claim their balance, it's just their balance has been moved to your side in the past due to forwarding. That's normal and it's how LN works. The channel balances are not static. They move around your channels when you forward funds for other nodes.
AM_SB replied 25 days ago
No, I mean what I said, I know what the settled balance is and I know what the remote balance is, I claimed BOTH and I have no idea why! 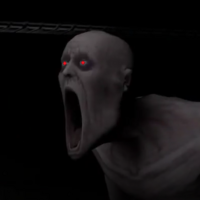 SCP-096 replied 22 days ago
This sound scary, so I allowed myself to check your closing txs.. Doesnt look like penalty TX . My understanding would be there was active / stucked htlc, (perhaps 100k sat self payment between both channels?) and one of the peers, probably zeniba could do some major changes, like node upgrade while there were still those two active htlc (that seems to correlate to many of these "spooky" remote force closures.. in a buggy way). In such case, closing tx will have additional output corresponding to this not yet expired htlc..

Something similar happened to me as well and its very annoying. Hopefully bugs will get fix, but for now it may be safer practice for node operators to wait with major node updates etc, until there is no any active htlc.. Unless you are one of the biggest routers around, you should be able to find such moment..