Posted about 1 year ago by zarch

This is the 4th node I've had on this site (my 9th overall but many of the first ones were just experimenting)
My first node was a raspiblitz running at home - decent internet connection, but pretty low end hardware. It worked well until i got above 100 channels and it started to struggle - poor lil guy.
My second node was a Intel NUC, also running at home. This guy had more CPU power & memory so struggled less, but still when i started adding things like an electrum server it wasn't enjoying itself.
My third node was a self-built highly available machine ... 64GB ram, 16 core CPU, dual NVME SSD storage and UPS. This was my 'sidewaysrampro' node and worked really well, coped with 100's of channels and all my associated LN/BTC apps.
Then my home got flooded the machine was partially underwater.

My 4th node is Zarch, running in a datacenter on really nice hardware. Everything is resilient and if i need more CPU, memory or storage it's easily upgradable.

The moral of the story here, is that we're all learning. You  might fine node operators close channels on you, their hardware may be struggling or even failing. Learn to identify when people are being truthful and when they are learning. People who care about coming back, trying again, but this time bigger and better - those are the people who long term will help the LN grow.

If you have had failures yourself, be honest about it .. members of the community are generally super-understanding.
My goal with this node is to have high end uptime... months between restarts. Its IPv4/V6/TOR capable and I want to maintain a great payment/routing response time - maintaining well balanced channels to other good nodes, but also connecting with up and coming nodes to help them gain entry into the network.


SuperAMP replied about 1 year ago
Hey!

Where did the 5 M Sats swap triangle that I was part of go? I can't see it anymore but I can see that you are connected to me. Did you take it down and open a new with other people? 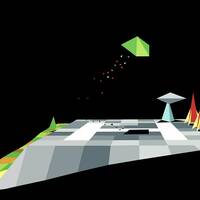 zarch replied about 1 year ago
one of the participants joined another swap i was in, so the swap was removed.
I'll close the channel and create a new 5 mil swap at some point.

SuperAMP replied about 1 year ago
Okay, thanks for explaining what happened!
LN-ZORO-01 replied 12 months ago
Hi
Do you think that with 5% fee on my channel (LN-Zoro-01) you will have any transaction on that channel? Please let me know if this amount of fee worked for you before. I think that we are part of a circular group that wishes to balance our channels. Shouldn't we have a 0% policy?
/Zoro
needleInTheHay replied 11 months ago
damn, do you think your rig can handle 1000+ channels ? 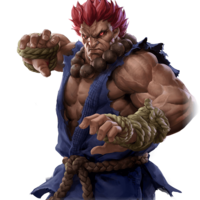 AkuMa replied 10 months ago
This is awesome and you are an inspiration.

I wish I have 10 BTC to put into lightning to help the network. Did you get in early and accumulated tons of BTC or mined it yourself?