All 5 spaces are filled

SetantasatIreland is a node with 24+ channels and excellent connectivity. Looking to set up a pentagon with not too large capacity to complement larger channels. Be connected and active and we can enjoy good mutual liquidity on the network. 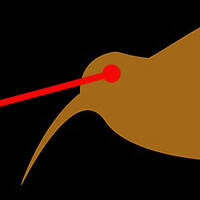 C have opened to D D have opened to E E have opened to A

Nice, we have all 5 ready to go. When the channels are all opened Ill do a rebalance through all 5 participants

@SetantasatsIreland, I've set all my fees to zero for my channels with @BTCBLITZ and @RecklessBruce so you can do the rebalance. Thanks!

ok, I've opened a channel with Anon551. Can everyone set fees to zero along the route and I'll attempt the rebalance?

ok i did a partial and it went through, I then tried it again and the balance went too far. I think we're now in a situation with 590k in one directoin and 10k in the other. When I try now it tells me no route found.
Ill try again later. Only thing I can think of is some one has either closed their channel or routed off in another direction in the meantime? if anyone wants to try go ahead.

I've tried just now. The route through the pentagon doesn't work. My channels are still open.

Yeah I think either someone has closed, their node is down or routed off in another direction. Can everyone confirm theyre still open and havent routed other payments? I tried smaller amounts too. We can try again later

ok, I thinkIve worked it out.. Anon 551 appears to be offline. Ill check back later or tomorrow

Actually now I look at it it looks like anon551 has disabled sending in to my node. Can you undo that anon551 so we can balance the channels?

Learning that LND sometimes disables flows whn theres connectivity issues. it reenables later. I'll have a look again and hopefully we can finish off rebalancing. If anyone wnats to give it a go in the meantime go ahead. I've reduced fees also. Anon551 you might too?

channels are open, fees set to zero, if I cant route a payment through ill try restart my node

Ok it looks like some routing is taking place. I dont think its ppl rebalancing. I forwarded to and from you anon551 so seems to be connected. However when I look you up on BOS Peers it shows your node disabled forwards to me. Hopefully it sorts itself out. Is everyone more or less balanced along the route?

looks like its balanced now, not sure what went wrong there, if anyone has any concerns hit me up.

not sure why I would my node would have disabled forwarding, rebalancing worked well when I tried it and if you can forward too and from me hopefully its all working well.

Ok, lnd sometimes disables due to connectivity issues apparently. We can keep an eye on it. Is everyone happy here that they are sufficiently balanced?

@SetantasatsIreland I'm good. Thank you for working through this. :)