Read the interview I conducted with ZeroFeeRouting, a lightning network professional who ran one of the largest nodes in the bitcoin lightning network with immense success. The node was known for having no routing fees and instead earning an income by selling channels to other node operators for a small fee through their website.

LN+: Congratulations to your family regarding your second child. We wish you the very best health! Thank you for running your popular node, and for taking the time to answer these questions for the community. You ran a grand experiment in many ways and we would love to learn more about what you found out. My first question: How big was your node in terms of capacity, channel count and number of forwards (per month)?
ZFR: I had about 100 BTC in capacity, a little more than 1,600 channels and about 450,000 forwards a month.

LN+: Did you prefer the LND or the CLN ecosystem overall?
ZFR: I preferred the CLN ecosystem by a wide margin. It felt like the CLN developers are truly interested in supporting node operators and expanding the feature set of CLN. With lightning labs, I had the impression it was more about features they needed for their venture capital (Taro etc.). Might be a misjudgement - but that's how I felt.

LN+: Which implementation do you recommend for a hobby user and a serious profit oriented power user?
ZFR: CLN.

LN+: Were you profitable, and how much did you earn (APR)?
ZFR: The node was running profitably. My APY would clock in around 2% minus on-chain fees and hardware cost.

LN+: What was the most time consuming or stressful part of running a giant node?
ZFR: Fund security.

LN+: For companies, do you recommend they run a single node or multiple nodes for redundancy?
ZFR: One single node with backup in place.


LN+: What is missing in the lightning ecosystem?
ZFR: I think it just needs a bit of time to mature.

LN+: What are the tools you use, you recommend the most?
ZFR: I've not used any third party tools - besides BTCPay for my channel sales. Everything else were tools that I developed myself.

LN+: Do you have any secrets on which nodes are good to connect to?
ZFR: Completely depends on the goal. For me it was always about connectivity. I wanted to be the best connected (i.e. least amount of hops) node in the network. If you just want to be able to make successful payments, ACINQ is the node to go. For routing, probably LOOP, WoS, Kraken, BFX as sinks and some good sources like Boltz. Breez also always worked like a source for me.

LN+: Do you have any strategies for node management that you wish to share to help people become more profitable?
ZFR: Every node operator has their own strategy. It's crucial to be aware of the cost for rebalancing, otherwise you're just subsidizing other people's routing.

LN+: Do you expect the upcoming RGB and Taro protocols to increase lightning node profitability?
ZFR: No.

LN+: If there was one thing you could change about the lightning protocol, what would it be?
ZFR: It would be great if a wallet could "overpay" an invoice. Example: You break down a 10M payment into 15 x 1M chunks and send them out through different routes, as soon as 10M have been claimed by the target node, the target node can no longer claim the rest of the payments and they would return. This would reduce failed payments by a huge margin, because right now all payment parts have to succeed in order for the payment to succeed - in my example only two thirds would need to succeed. This is technically possible already but neither implemented nor specced.

LN+: Where do you get your lightning news from?
ZFR: Twitter.

LN+: Which lightning wallets do you recommend for daily use?
ZFR: I love Breez and OBW, because they give you full control. Phoenix is an excellent wallet if you don't want to think about anything. I've never used WalletOfSatoshi.

LN+: What was your largest cost during your experiment besides deployed BTC capital?
ZFR: On-chain fees. I've had one force-close that cost me about 130,000 sats (30K for the force-close and another 100K for the sweeps).

LN+: Lightning is often compared to DeFi and criticised for having too little BTC deployed. What are your thoughts on this?
ZFR: The only anology is that you can earn a return on locked up coins. But contrary to DeFi your locked up coins are actually used for something and the return is paid by participants of the network - not by issuing new tokens. I think the liquidity on the network matches market demand. Otherwise prices for liquidity would go up.

LN+: What is the biggest barrier for merchants to adopt lightning?
ZFR: Same as BTC. The hassle of bookkeeping in what most tax authorities argue is a foreign currency.

LN+: Do you think there will be other zero fee nodes filling the gap you left open with your departure?
ZFR: I don't know, but I am curious as well.


LN+: Can you recall any crisis or crazy story that happened during your experiment?
ZFR: The disk containing my database crashed, back when I was running the node on a laptop. Luckily I was able to copy it to another drive - I had no other backups a t that time.

LN+: If you could give a single advice to a new node runner, what would that be?
ZFR: Be aware that if you want to run at a profit, managing the node will take a lot of time.


LN+: What is something people care a lot about that they perhaps should not within the lightning ecosystem?
ZFR: The way the network is working at the moment, is a hunt for cheap liquidity. If someone opens a channel to a sink node like LOOP and forgets to adjust the fee, the first one to snipe that liquidity (by using it to rebalance their own channel) wins. I wished this was not the case - but currently I don't see a way out of this.

LN+: Tor is under attack, and it hurts lightning. What can we do about this in your opinion?
ZFR: As hard as it sounds: Not use TOR for routing payments. There are options to run a node from home with a clearnet IP via VPN.

LN+: What are the important metrics we should follow regarding the lightning network in your opinion?
ZFR: Total capacity in public channels, measured in USD.


LN+: How big do you think the lightning network will be at the same time next year, and in 5 years?
ZFR: No idea. I would assume steady, exponential growth - at least 2x every year.

LN+: Is there any project or person that we should follow as it’s underappreciated?
ZFR: I don't know if they're underappreciated but @fiatjaf, @callebtc as well as @jb55 are extremely strong recommendations.

LN+: If you hypothetically had 10,000 BTC, would you be able to deploy it to the lightning network successfully, and would it help the network?
ZFR: Yes and yes. No idea about the potential yield though. Probably way less than 1 % at the current demand for LN liquidity.

LN+: Are you planning to come back as a professional node runner at one point?
ZFR: Yes. I plan on doing this, if the opportunity presents itself.

Congratulations on being a father ... again! :-)
I also appreciate you taking the time to provide insight on running a node.

Stinger32LND
Dry Powder replied 25 days ago
ZFR and LN Plus,

Great interview and artcle.  I really thak you guys that you provided us brilliant insight from experience as  top node runner. 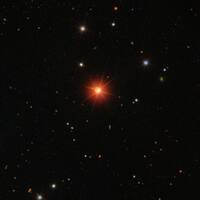 MedialNexus replied 19 days ago
Thank you LN Plus for writing the article and ZFR for sharing your experience. Great insights!!
coinbroderie.fr [myNode] replied 19 days ago
Great article - nobody was interested in buying the node or selling was not an option ?