It has taken us years to reach 2K, but only few months to reach 3K. We have more than 76K channels created between more than 16K LN nodes. And this is only the public network. Several organizations (even large ones like Strike) and individuals run private nodes or channels for various purposes. We can only speculate how many transactions LN facilitates each day. According to various estimates calculated from routings going through nodes, and transactions processed by merchants, the number is matching on-chain transactions already.

The growth of the lightning network is clearly accelerating, and is exponential for now.

LN a year or two ago wasn't perfectly reliable. Transactions failed ocassionally because we didn't have enough nodes with sufficient capacity. We also didn't have the tools to build nodes, manage channels, (or organize swaps) efficiently.

Since then much has improved and fast in terms of infrastructure. The positive developments accelerated the growth of the network, which in turn made LN much more reliable and capable as a payment system. Nowadays, transactions rarely fail even with relatively large amounts.

And, the future looks bright. As the value of Bitcoin increases, all the existing channels will grow with it, thus LN becomes increasingly more capable and robust attracting even more usage and consequently node operators. This is a self reinforcing feedback loop which will eventually allow the Lightning Network to be able to serve billions of people for their everyday payment needs.

Here is to you brave user who downloaded an LN wallet, and "reckless" private node operator and organization who put their funds on their nodes to help the network. We salute you developers who build the code and secure our funds. Good work everyone so far! And we're only just getting started. 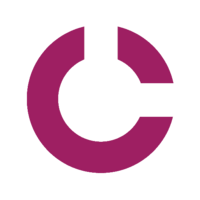 Cyphreme replied 19 days ago
"Here’s to the crazy ones. The misfits. The rebels. The round pegs in the square holes. The ones who see things differently. They have no respect for the status quo. They change things. The people who are crazy enough to think they can change the world are the ones who do."