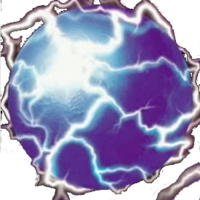 I don't care about rebalancing, in circular swaps. Things will naturally balance over time, especially if your node has 15+ channels. !!PLEASE!!: To improve Lightning Network transaction speed and reliability - avoid running a Tor-Only node, run a HYBRID node (Tor & IP Address). Unless you are in a country with laws against Bitcoin/Lightning nodes. Unnecessary deployment of Tor-only nodes are NOT good for speedy & reliable payments, and actually harm LN adoption, sorry.. Lightning over IP is encrypted and private, consider changing to a non-standard port number if you desire to obscure that you are running Lightning. I won't stop until the IMF, VISA/MC/AMEX, and BIS get wRecKeD - they are funny money impostors 🤡 This node page has been claimed by user: IntergalacticBtcFund and has been verified through a digital signature as well. The user has created their account over 1 year ago, and has been last seen about 1 month ago.

The user has participated in 42 swaps on LightningNetwork+. The node operator has opened 41 channels to LN+ users through Swaps. The user has received 38 positive ratings from other users. The user has generously donated to LN+ to support the operation of the site.