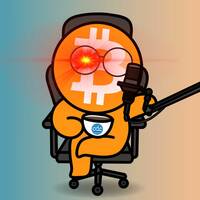 Just a small fish trying to make sense of the interconnected mycelium network of nodes, value, and information flowing at the speed of light. The node has 37 channels, and a total channel capacity of: 77,462,583 Satoshis, which is equivalent to ~0.775 BTC. The node's physical location and IP address is protected by the Tor network to preserve privacy. The node's hex color is #4bdeca. The information regarding this node and it channels has been updated last on 2023-02-05 04:49:52 UTC.

This node page has been claimed by user: LNPiranha and has been verified through a digital signature as well. The user has created their account over 1 year ago, and has been last seen about 2 months ago.

The user has participated in 18 swaps on LightningNetwork+. The node operator has opened 18 channels to LN+ users through Swaps. The user has received 17 positive ratings from other users. The user has generously donated to LN+ to support the operation of the site.