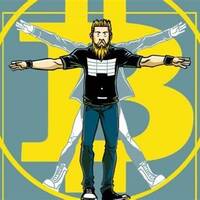 LND01Dallas
Last seen 3 months ago · Joined over 1 year ago

Emergency hot fix release to fix a bug that can cause lnd nodes to be unable to parse certain large blocks ( Fix is to update to LND 0.15.2-beta)

If your LND node implementation is having issues syncing,  please note the above information from Lightning Labs (@roasbeef) to rectify the situation. This node page has been claimed by user: LND01Dallas and has been verified through a digital signature as well. The user has created their account over 1 year ago, and has been last seen 3 months ago.

The user has participated in 35 swaps on LightningNetwork+. The node operator has opened 35 channels to LN+ users through Swaps. The user has received 33 positive ratings from other users. The user has generously donated to LN+ to support the operation of the site.