What is LN Node Ranking?

Posted over 1 year ago by LN+

LN+ has introduced the concept of Node Ranking to help quickly assess the connectedness and utility level of a node within the Lightning Network. In general, the higher the rank of a node, the more useful it is for another node to connect to it. Node levels can be compared to Google's PageRank, which is also a ranking between 0 and 10. The Node Ranking is also similar to the sophisticated LN BOS (Terminal Score).

Node Rank is calculated predominantly based on the capacity of nodes a given node is connected to. To a smaller degree, the formula also includes other public parameters available on the gossip network, and proprietary parameters available through LN+. Based on feedback, I intend to refine the Node Rank over time to be more precise and cover for special situations (ex. duplicate channels).

If you're a routing node you should aim for a Titanium (5) rank or higher. If you're a regular LN user, aim for a Mercury (4) rank. If you're using LN only ocasionally for small transactions (ex. tipping, chatting, podcasts, paying for content, etc.) you should be good with a Copper (3) node.

The easiest way to increase your Node Rank is to open channels as large as you can afford to nodes that are Titanium (5) or higher. However, opening multiple relatively large 2-3 M channels to several nodes will increase your Rank more than opening a single 10 M channel.

Connecting to a higher level node is not always the best strategy. Your choice depends on your goals. For example, if you're expecting to be a profitable routing node, you may need to look for a niche that other nodes haven't already filled. If you're a frequent user of the network, you will benefit from directly connecting to nodes you send and receive from regardless of the level of those nodes. Also, remember that connecting to lower Rank nodes is beneficial for the network overall as it decentralizes it and makes it more resilient against attacks or single node failures.

Node Rank is not meant to be a precise evaluation of LN nodes, mostly just a quick indicator that is hopefully useful for the community. Let me know what you think of it, and if you think it's worth keeping it around. thisiswhereyousendit replied over 1 year ago
Sorry but this ranking system is pretty mickey-mouse. On Terminal Web my channel is ranked 325 (and Lightningnetwork.Plus is 370) but here I'm not even at "regular user" status. I routed .15 btc yesterday alone...hardly the stats of a regular user hopeful.

I guess the aim of this ranking system is to encourage more use of this website's platform. That's cool. Just don't put any stock in the rating it spits out.

LN+ replied over 1 year ago
Thanks for the comment! You're right. I revised the interpretation of ranks. 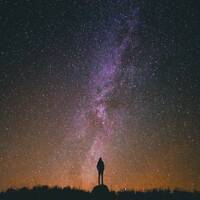 BTC_Freedom replied over 1 year ago
Nice work, thanks!
It came to me, that it might be also useful to add Node rank into search/filter criteria? And/or also add lowest and highest participant's rank into Swaps info, so one can see it all in main page swaps overview and doesnt need to click and open details of swap. Thanks again! :) SaylorMuwn replied over 1 year ago
Pretty awesome! Keep up the good work.

Would be cool if amount of daily traffic can also be displayed. 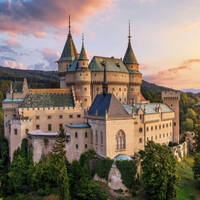 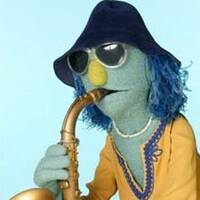 satsophone replied over 1 year ago
Where are the rankings displayed?  They are not appearing for me on any page I'm familiar with.

LN+ replied over 1 year ago
Fair question. I should've explained.

It's displayed on node profiles under the node's alias (large title). Also on the node index pages. Finally, it's on the Swaps when people apply.

I intentionally don't want to give this rank too much attention until it gained wide approval from the community.

satsophone replied over 1 year ago
D'oh! I confused you with amboss.space. Dang, I must be new to the internet. 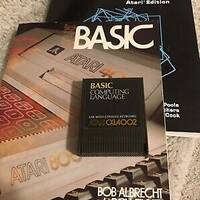 Atari Basic replied over 1 year ago
Odd/interesting. I noticed that a node with half the capacity, half the channels, no ratings, history, or badges on this site has a higher rank than mine.

LN+ replied over 1 year ago
Atari Basic: It matters what nodes you are connected to. 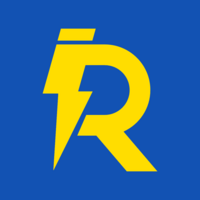 Relatively Irrelevant replied about 1 year ago
@LN+, thank you for this site and your contributions to the Lightning Network. Please consider this constructive feedback about the ranking system you've built, as well as your badges. While most of my examples are about me, I'm finding similar rankings and badges I would consider inconsistent.

Of my 30 open channels, my peers are:

Granted, my sample size is small.

You are likely comparing other metrics to determine your ranking. And I understand why you might not want to reveal what metrics you are measuring (to reduce nodes gaming your system). That's all fair and reasonable.

For example, you might measure how many channels were forced closed by a node. I have forced closed two channels. But in fairness, I waited more than two weeks for those offline nodes to restore service, and I commented in the swap chat asking the failed node if they will return before initiating a force close. If you do reduce rankings due to force closes, I feel like I'm being punished when I don't consider myself to be the dishonourable party.

Speaking of dishonourable, I've experienced swap participants who have closed their channels before the agreed channel duration, and yet they retain badges like Trustworthy and Honourable.

Perhaps you should have a process that dings a user for not honouring the agreed channel duration, while exempting nodes that wait more than one week before performing a force close.

I realize this was long and apologize. Again, I appreciate this site and service. Thank you. μpleb replied about 1 year ago
Love the way the site is developing on the whole. LN+ replied 8 months ago
Thank you for the feedback! I will improve on both the badges and the ranking. I will also reveal the ranking formula. No problem.
TBC-LND replied 5 months ago
Kudos on the great site & Rank system, it may not be perfect but it has been a great guide for a newbie! The Swaps feature ties in perfectly with the ethos of BTC, It also beats buying inbound liquidity.
Anonymous372 replied 4 months ago
Just wanted to say thanks for this site. It's really valuable and useful. 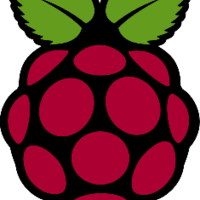 LatentFire replied about 2 months ago
How much integrity does your algorithm have?  Does anyone ever go down in ranking?

LN+ replied about 1 month ago
The ranking mostly influenced by the number of channels you have and their capacity, and also the rank of those nodes you're connected to. To a smaller degree the rank is also influenced by the status of your account here on LN+, and how many positive votes you received for fullfilling your promise, which is a good indicator if you're active and a good actor.

Yes, nodes will go down in ranking if they become smaller in terms of channels.

LatentFire replied about 1 month ago
thank you, that figures