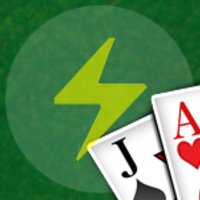 LnBlackJack.com ♠️
Last seen 3 months ago · Joined about 1 year ago

Provably fair blackjack with bitcoin lightning! Now supporting LNURL. NODE: Always zero base fee. Fee-ppm is dynamically updated based on channel balance and is around 50ppm for balanced channels. (6 core i5-12500, 300Mbps connection) This node page has been claimed by user: LnBlackJack.com ♠️ and has been verified through a digital signature as well. The user has created their account about 1 year ago, and has been last seen 3 months ago.